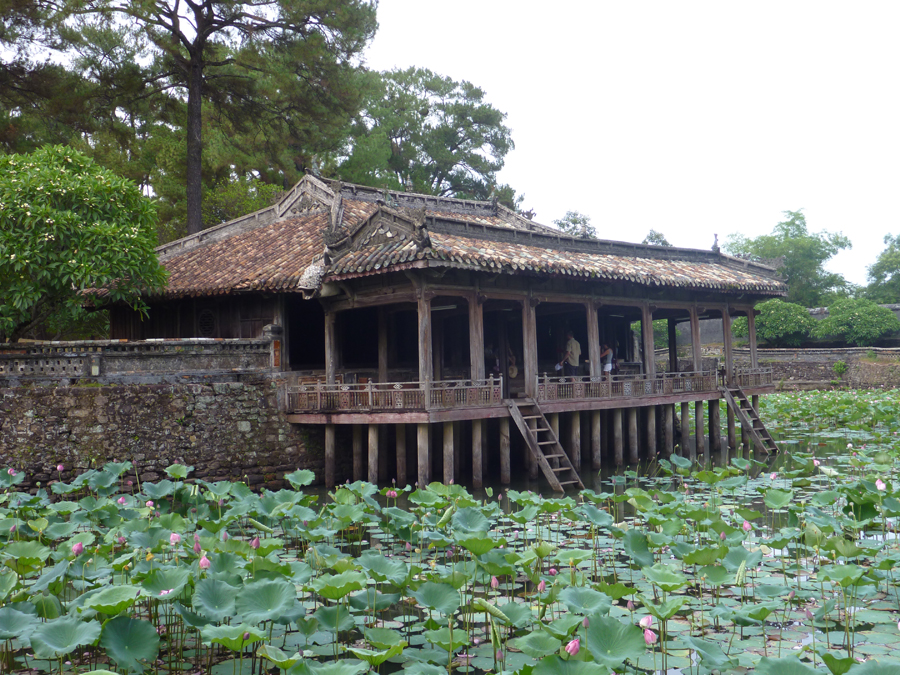 Tomb of Tu Duc (7km) - Constructed from 1864 to 1867, the complex served as a second Imperial City where the Emperor went for "working vacations". Tu Duc's contemplative nature and poetic spirit is reflected in the landscape and arrangement of the 50 buildings that at one time stood here. A vast, sprawling complex set around a lake, with wooden pavilions and tombs and temples dedicated to wives and favored courtesans (Tu Duc had 104 to choose from). The courtesans' quarters are in ruins, with only outlines and crumbling walls left amid waves of overgrown grass and silence, but other areas are stunningly well-preserved. The Emperor's tomb itself, tucked away in the back, is surprisingly modest - the final courtyard is nearly empty with just a stone coffin in the middle. (The tombs of Empress Le Thien Anh and Emperor Kien Phuc, who briefly ruled in 1884, are also located here). Try to dodge the crowds for this one.